WHY STARTUP VISA IS HUGE(Better Than Masters Visa)

Did you know: Some countries offer instant citizenship alongside the startup visa?

When you realize the impact startups and entrepreneurs have in boosting the economy, this is no surprise(more on this below).

At eMigr8, we understand that you relocate because you want a better life. That is why we always advise the startup visa over the student visa.

But back to the topic at hand:

What is a Start-up?

A start-up is a company that makes use of new technologies to solve problems.

A startup must create its own procedures and establish its business strategy, unlike a normal SME. It doesn’t follow what already exists or how things have always been done. A startup’s challenge is to develop its own business model, be successful in stabilizing it, and experience quick growth (often sacrificing short-term profitability).

Why are countries offering citizenship with Startup Visas?

According to Wadhwa, from 1977 to 2005, startups provided about 3 million jobs every year.

The government can’t provide everything, and big companies were destroying jobs(about 1 million a year) in that time frame.

So, startups have a crucial role to play if people and the economy are to survive. Google, Apple, and Microsoft were once startups, but look at them today!

The truth is, these nations understand that even if your startup fails, you will learn and grow and go on to build more successful ones. Of course, they have to create an environment that supports the growth of startups/businesses in general so that success is easier.

And since most startups are focused on the use of technology to solve problems, they are highly likely to scale up quickly!

The impact of startups 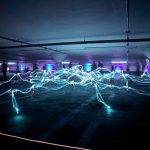 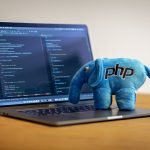 The Unbelievable Wonders Of PHP